Raise your glass and let’s toast with Franciacorta 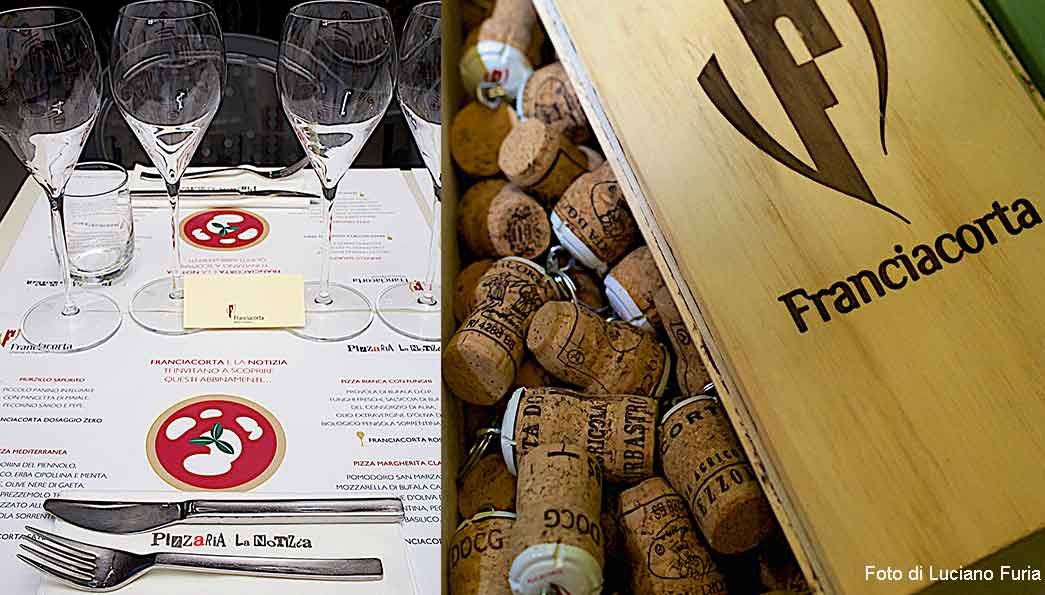 Raise your glass and let’s toast with Franciacorta

It is the second time, the first one was in 2004, that Naples hosted the Franciacorta Festival and for the occasion the Castel dell’Ovo’s halls were opened. After the opening ceremony in Genoa and a stop in Milan, the travelling tour of 2014 stopped yesterday, October 13rd, in the city of Parthenope where, on the former island of Megaride, twenty-six wineries and over fifty labels with some of the best Ais Campania Sommelier made happy both experts in the field and wine lovers.

It was the Sixties, 1961 exactly, when, while the unified Italy was celebrating its centenary, Jurij Alekseevič Gagarin was the first to travel in space, a wall was erected to divide the city of Berlin in two, in Borgonato di Cortefranca, a small hilltop village in the province of Brescia, three men started to write one of the stories that keep our flag flying high.

Those three men were Guido Berlucchi, Giorgio Lanciani and Franco Ziliani, respectively a country gentleman, an insurance agence, his friend, and a wine expert, and they gave birth to the famous sparkling wine produced through the secondary fermentation in the bottle, able to oppose the fine French champagne. Following in the footsteps of Dom Pérignon, the abbot of Hautvillers, the Pinot di Franciacorta came to light.

Since that debut, intended to mark the fortune of the territory whose name, for the first time, appeared on the label of a wine, the Franciacorta, in its various types, sells more than 14 million bottles per year, of which some 1.3 million were in foreign markets. A great story to tell, signed first by the recognition of the DOC and then DOCG.

Waiting for that event, on Sunday evening, the consortium members have gathered at La Notizia “to study” the combination of the famous bubbles with the symbol of Naples. And so, four pizzas combined with just as many Franciacorta. For the first test we chose the pair murzillo sapurito – Franciacorta Extra Brut, to follow anchovies on the pizza Mediterranea were perfectly juxtaposed to Franciacorta Satèn, then the classic margherita and the most versatile of Franciacorta, the brut, go together very well, while, lastly, the white pizza with porcini mushrooms, sausage and smoked mozzarella cheese, both of buffalo, met the fresh character of Rosé. They say that opposites attract, this evening proved it.