Sorrento or Mediterranea? A pizza born under the summer heat 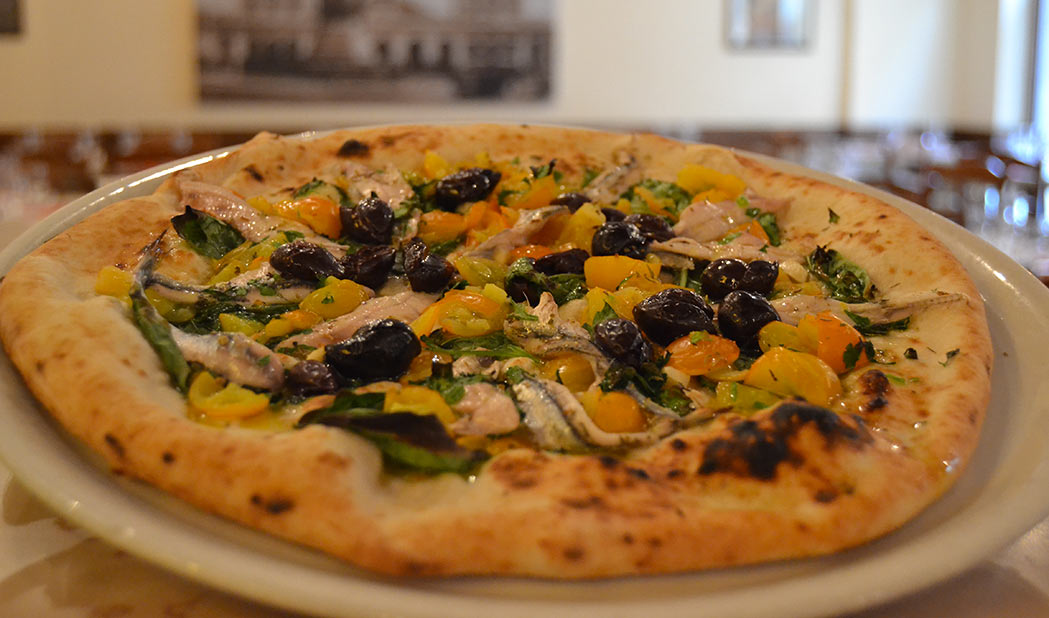 Sorrento or Mediterranea? A pizza born under the summer heat

by Lina Malafronte
Summer rhymes with sea for the Italians and it could not be otherwise in a country that is surrounded by the blue salty water on all three sides. By the sea, in fact, especially by one, and its catch was inspired Enzo Coccia who chose the fresh anchovies for its Pizza Mediterranea.
Genuine crossroads of flavors, like the sea with several names is of people. There is the American tomato in its variety grown at the base of Mount Vesuvius, the triptych of basil, chives and parsley, a meeting between India, China and Africa, the fresh garlic, ancient medicine from the Kirgiz desert; while a leap in Iran and Mesopotamia brings the black olives, the Southeast Asia wind blows on the oranges that in the Sorrento Peninsula flavor the oil. A rich melting pot of ingredients for this new entry presented during “Una pizza per l’estate” at Grand Hotel Excelsior Vittoria, on May 20th.
It could not be selected a better date, the European Maritime Day, for the event that, at its second edition, saw eight famous faces from the pizza field displaying their creations topped with some of the warm month products. Because the pizza, in its most authentic version, as the woman wardrobe, change look with the seasons.
And with a new month upon us, a new look and a new name. A “dress” in shades of yellow, of Piennolo tomatoes, shows off, these days, the latest novelty from La Notizia. Renamed Pizza Sorrento, because in Tasso hometown was presented its first version Mediterranea, has the full flavor of the original pomo d’oro, which in Italian translates to golden apple, ancestor of the more common red fruit.
Among the French it was pommel d’amour, among the British apple of love. Among the Italians, Mattioli, with mala aurea poma amoris, greeted the golden berry from South America. A sweet taste that harmonizes all the languages, if it came with Hernán Cortés or Christopher Columbus is not known. What is certain is that in the beginning it was unlucky. Related to the poisonous belladonna, it had a hard time before the decisive step: no longer a simple ornamental plant, but, like parsley, omnipresent in the dishes of the people who overlook the “sea between lands”.
Protected by the Camaldolese monks of Nola, divided, on the hill of Visciano, between the prayers and the labour in the garden, these sunny color tomatoes, an explosion of vitamins, 3 times more than their red cousins, are the flagship of the proposal that came under the summer heat.
Let yourself be seduced by the delicacy of yellow cherry tomatoes and the stronger and the more intense taste of fresh anchovies, caressed by the triptych and intertwoven by the orange flavoured oil.