Pizza Capodimonte: with the two Vincenzo the art doubles 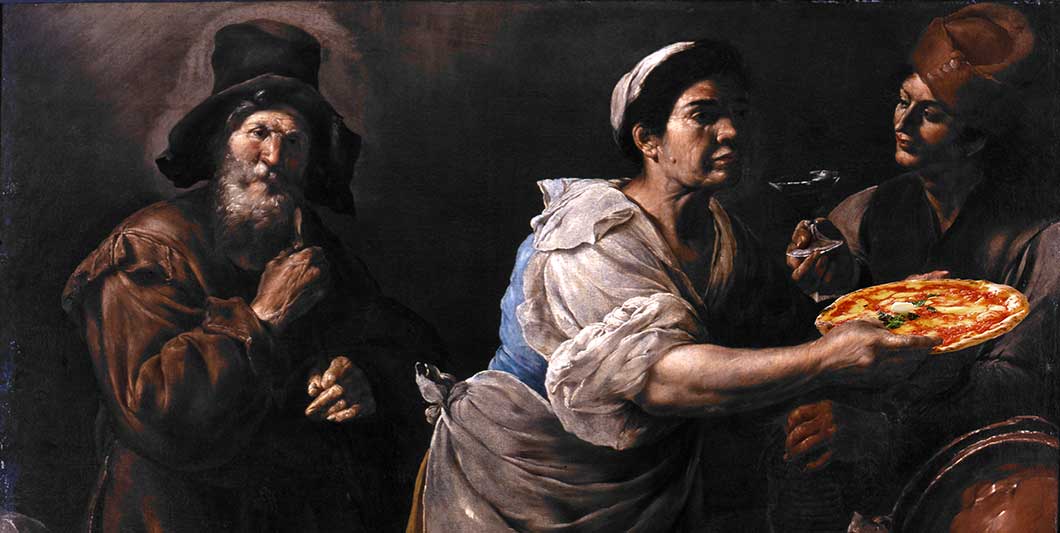 Pizza Capodimonte: with the two Vincenzo the art doubles

In the extremely complicated patchwork of Naples, many different pieces are sewn together letting it oscillate between the beautiful and the ugly, the good and the bad, the right and the wrong, the development and the degradation, making it as lovable as hateful.

Among its countless “clothes”, there are two high valuable pieces. Pride and joy, the Neapolitan art and food enchant with their richness and their complexity letting us ignore, even if briefly, the gap between the two sides of the city. Enzo Coccia is well aware of it and, while interested in the close link between them, decided to support the “Amici di Capodimonte” (Friends of Capodimonte) association in fundraising to prepare, in the Museum of Capodimonte, Vincenzo Gemito works, creating a pizza that bears the name of the art gallery.

So, just a few days after the Maggio dei Monumenti (May of the Monuments) kick off, La Notizia makes a first analysis of the initiative organized by the voluntary group that, since 2005, when it was founded, supports and promotes, through several activities, the buildings of the Polo Museale Napoletano. Because from about two months those who order the pizza Capodimonte, with smoked buffalo mozzarella, San Marzano tomatoes “a pacchetelle”, buffalo sausage, PDO pecorino cheese, PDO extra virgin olive oil, basil and pepper, devolve one euro for the exhibition of the entire collection of the Neapolitan sculptor works. In so little time it has already been reached the sum of € 500,00 to be used for the project.

Drawings, sketches, bronze and terracotta sculptures: more than 350 artworks, found in Achille Minozzi’s living room, a Gemito’s friend, occupy the royal building rooms. And there is also the intention to renovate the original panelling, designed by the artist himself, which covered the walls of the room where his masterpieces were kept. For this reason, will be crucial the information provided in Salvatore Di Giacomo pages dedicated to Gemito and the organization of those creations.

With his restlessness and the irrepressible desire to represent the reality without filters or frills, the talented artist was able to draw the attention of Di Giacomo and his contemporaries, as Gabriele D’Annunzio and Alberto Savinio, which told his life story. Some of the most significant personalities of that period addressed Gemito, which did not fail to emphasize the suffering his surname brought with it. But he represented, more than anything else, the groans of Naples in an extremely valuable collection of artworks to see.

Why we travel thousands of miles to visit the Louvre and some other famous art galleries all around the world if the Capodimonte Museum, not less important than the Parisian and the other museums, but unknown to most people, above all the Neapolitans, shows a mass of beauties that make open your eyes wide? We only have to get closer to the two Vincenzo and fully enjoy the greatness of their art.