An unusual topping for an unusual combination 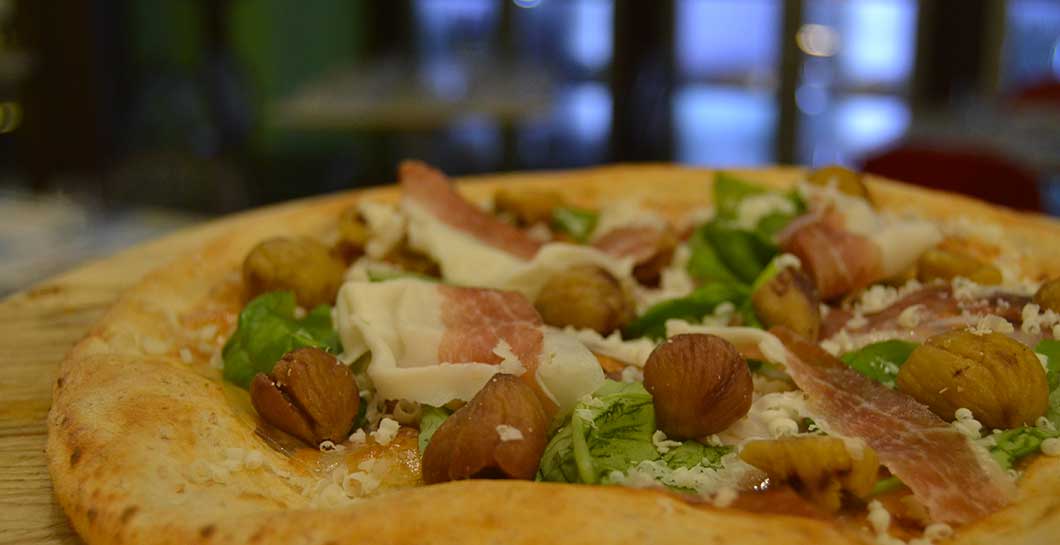 An unusual topping for an unusual combination

Nowadays, we are not talking about anything other than Expo 2015, while the countdown continues with the construction sites working night and day incessantly, so that everything is ready before the great start, the launch of Very Bello, the portal dedicated to the cultural events that are going to take place throughout Italy during the Universal Exposition, immediately overwhelmed by a wave of criticisms for its design, its contents, and, above all, because, at first, it was available only in Italian, and the farmers’ concerns, expressed by Coldiretti, that several counterfeit products could be sold.

There are strong fears mainly connected to those crops which, during the last season, found many difficulties, as the chestnuts that hit, on the basis of what the same agricultural association revealed, historical low.

It does not seem to fear the lack of availability Enzo Coccia who, from October, when the harvest begins, has added to its menu a pizza, or rather a bruschetta with the autumn fruit as the main ingredient, just like it was, up to a few decades ago, of the mountain cuisine.

At present, it is considered as a precious food and nearly at risk which, due to the climate and the gall wasp, risked not to arrive on our tables. In the past, on the other hand, the chestnut, for its low price, the ease to be found and the high calorific value, gained, as an excellent substitute of the more expensive cereals, the name of “bread of the poor”.

Many ways in which the farmers, ingeniously, learned to cook it thanks to its characteristic, now widely highlighted, to be enjoyed in a great variety of preparations. That’s why there are plenty of recipes that celebrate it.

Actually, to tell all, the chestnut filled not only the stomach, but on it and its tree the entire rural economy was centered. Food for humans beings and animals, with its peel people nurtured the fire for drying the fruits, while the leaves and the urchins became litter in the stables and fertilizer for the trees. With chestnut wood they heated the farmhouses and made the tools, while the tannins that supplied were used for tanning leather.

They were other times. They were the days when the chestnut harvest was done exclusively by hand. Women and men, even the elderly and the children, devoted their energies to work in the forest. A series of operations, wise and ancient gestures that gathered whole families. It is true, they were other times, but the flavor seduces now as then.

The guests of La Notizia are enchanted too which, on the bruschetta, made with the pizza dough and stuffed when the dough disc comes out of the oven, are tasting the unique flavor of castagna di Montella, the first Pdo, now Pgi, assigned to a vegetable.

Once again from Campania, the region that is the chestnut production leader of Italy, comes a special and, above all, unusual topping for a pizza, as unusual is the combination with lard, rosemary and goat caciotta cheese of Bonucci.

We hope that the next year is better for chestnuts and perhaps the master decides to surprise us with a new delicious creation.