Neapolitan pizza on paper. A book to keep an eye on 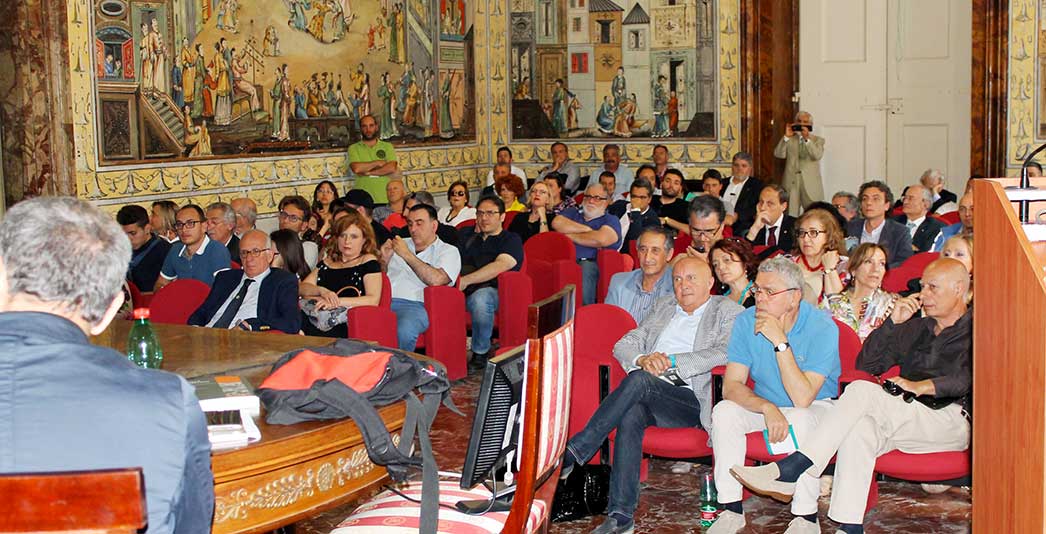 Neapolitan pizza on paper. A book to keep an eye on

The spaces of the very special Royal Palace of Portici Chinese Room were flooded by the enthusiasm and the applause that greeted the presentation, introduced by the journalist Donatella Bernabò Silorata, of “La Pizza Napoletana…più di una Notizia scientifica sul processo di lavorazione artigianale”, the first scientific book that has ever been dedicated to the Neapolitan pizza.

The book – as the title suggests – was wanted by Enzo Coccia, patron of Pizzaria La Notizia, written with Professor Paolo Masi, Department of Agriculture Head, and PhD Annalisa Romano, from CAISIAL (Centre of Food Innovation and Development in the Food Industry), is the result of the questions, the doubts, the curiosity and the desire to fully understand all the things behind the preparation of a dish that, far from being simple, is an authentic <<masterpiece of working-class gastronomy and art of living >> that, over time, has become the <<symbol of Italy and, above all, of the double heap of Italian spirit that is Naples>>.

So defined by the anthropologist Marino Niola, professor of Anthropology of symbols, arts and performance, Myths and rites of contemporary gastronomy, which wrote the preface of the volume, conceived by the fortuitous encounter between the master pizzaiolo and the two researches at a conference on oil and published, after two years of gestation, in Italian and English, by Doppiavoce Edizioni.

It’s a text that comes from an extraordinary work of research and that, establishing a comparison, as a paleontologist digs in the rocks that hide and preserve the fossils, explores in depth all the phenomena that affect the pizza, providing the answers to a series of questions that, until now, had been faced in a superficial and approximate way or had found unserious solutions.

Some examples? <<What happens if the dough is overworked in a mixer and overheated? What happens if you use hot water to mix, or if you work with a dough at a temperature of 4°C and you bake it in an oven at 450°C?>>. These are some of the questions that crowded Enzo’s mind and converged in a very rich collection of scientific notions, elements and themes available to anyone who, as explained by the master pizzaiolo, professes a boundless love for the Neapolitan pizza and its land. So, those 172 pages, equipped with an interesting choice of photos and figures, address to professional pizzaioli as well as pizza lovers. An issue that, even more so, should concern those who, beyond the areas where the Neapolitan specialty originated, intends to study it in all its aspects and learn the difficult the pizzaiolo art.

In the compelling weaving of topics, the real challenge, the authors explained, was neither to replace nor to nullify the experience of those who approached this art a long time ago. On the other hand, they tried to examine and tell in detail, but with easy to understand words, why to every single step of the Neapolitan pizza making process and every single ingredient used to make it corresponds a set of parameters and variables that may affect the final product.

So many times we have heard the expression “so it should be made”… because the fathers, and grandparents before them made some tasks or some others, certain movements instead of some others. It’s time to get out from a sort of obscurantism due to a slavish attachment to tradition and a corpus of beliefs and actions handed down over the centuries. An obvious conclusion? I would not say so. Because there are no conclusions, Santa Di Salvo noted in the end of the meeting, on a food so complex and with such an evocative charge that a single image, like the many that adorn the book, to call an amazing world.

<< When the Neapolitans talk about the pizza – said the journalist – they talk not only about their past, but about their future >>.