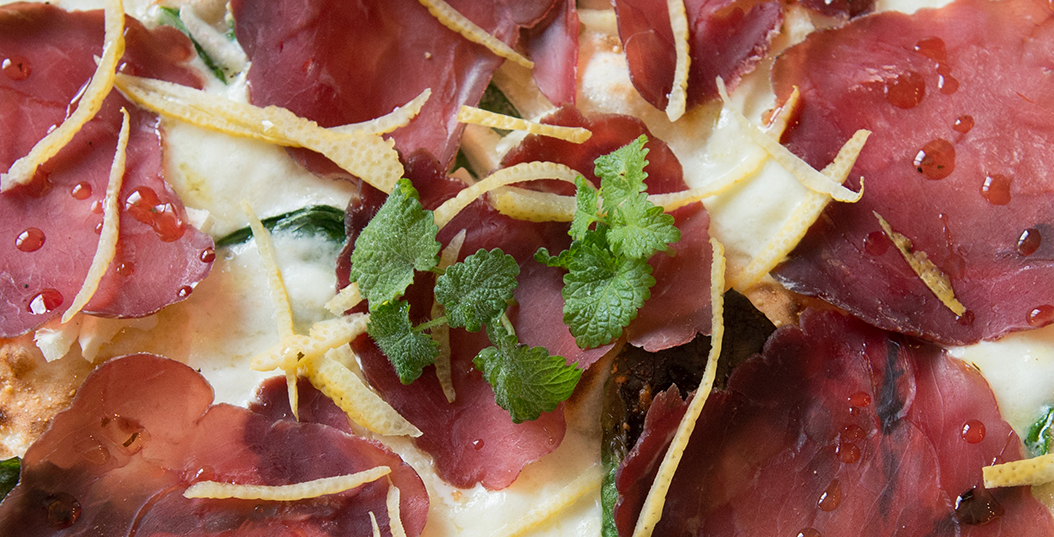 There are those who use the zest steeped in alcohol to make limoncello, the traditional Campania liqueur, those who use the juice to prepare refreshing granitas and sorbets, some frozen treats to enjoy during the high season. Enzo Coccia has cut the white part, the one that is usually discarded, in wafer-thin slivers and made a pizza that was presented for the first time on June 4, during the 10th edition of Festa a Vico, a four-day festival born thanks to the Michelin-starred chef Gennaro Esposito. Citreum, this is the name he chose for the two pizza versions: with mozzarella and sausage, both of buffalo, or with mozzarella and bresaola, this latest added when the pizza disc is taken out from the oven, those also derived from “hippos with wild red eyes” as Goethe wrote during his visit to Paestum. An imaginative combination that certainly defies the common sense because when you think of the lemon, the “golden orange”, so defined by the same German man of letters, the first and most immediate reference is to its pungent flavor and, especially, the mesocarp, the dry and spongy middle layer dry, calls to mind the bitterness. The lemon, evoked by poets and writers for centuries, is one of those ingredients, you might say, of a thousand and more uses, not used only in cooking. A long history behind, the “golden trumpet of solarity”, to quote the verses of the Italian author Montale, comes from far away: from the East, namely China and India, through Egypt and Greece, it reached ancient Rome, where the “excluded”, the albedo, the white portion of the peel, starts to be eaten. And given that 2000 years ago the Romans, the undisputed rulers of Mare Nostrum, ate it using different dressings, the Neapolitan master pizzaiolo wondered why not consider it as another product to be added to the list of ingredients used to stuff his soft creations. The rediscovery of an ancient eating habit, then, and the re-adoption of one of the many pieces that make up the Mediterranean diet.

Not any lemon, though. It is the Procida lemon to have been selected to swell the list of La Notizia pizza toppings. Thanks to the island mild climate, here the golden fruit is larger and sweeter and, above all, the albedo is particularly thick, so thick to be called “lemon bread” by the islanders. At a temperature of 450 ° “the sun on a plate” will give off an irresistible aroma offering a truly all-encompassing sensory experience.