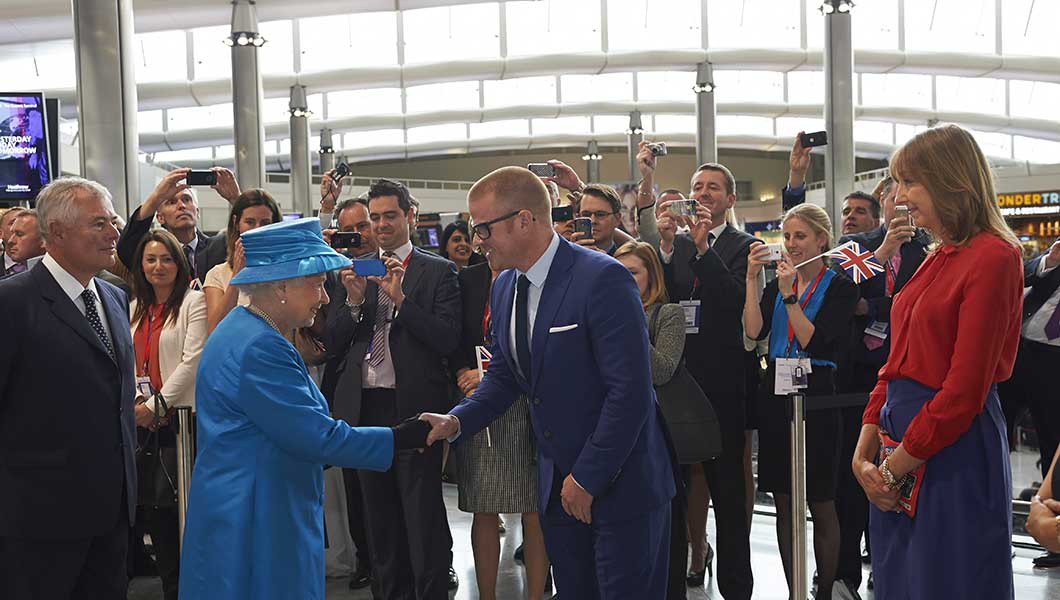 Finely chopped little tomatoes, smoked buffalo mozzarella, dollops of buffalo ricotta, arugula, parmesan cheese shavings and extra virgin olive oil: it is the pizza Enzo, named after me, and you can have it, while you are in transit, at London’s Heathrow Terminal 2, the Queen’s Terminal. If you are among the 72 million passengers which, annually, pass through the popular UK’s airport, I suggest you take a break at the upper level of Terminal 2: here you will find The Perfectionists’ Café, one of my friend Heston Blumenthal’s five restaurants, the most famous British chef in the world who decided to add a pizzeria to his venue with a wood-fired oven and dedicated two pizzas to me: pizza Enzo and pizza La Notizia (datterini tomatoes, smoked buffalo mozzarella, porcini mushrooms, extra virgin olive oil, grated parmesan cheese). And you will not discover a fast food but a fabulous food… fast! Truly quick-cooking food but of great quality, despite what you might think in an airport.

After all, my friend Heston commits himself and his signature. And the choice of the name is a guarantee too – The Perfectionists’ Café – because, like me, he is obsessed with perfection and as he wrote on his website: <<you cannot achieve perfection because it’s entirely subjective. But as a perfectionist, you continually try to improve things, even if that means turning everything upside down and starting again>>.

This is our philosophy of life (and of cooking!) and what let us continue our ten-year friendship. We met in 2006 for the first time: he wanted to come in contact with me because he was writing his book In search of Perfection, published in 2007, in which he devoted the chapter on pizza to me. To do so he put himself to the test: we hand kneaded the dough together in the wooden chest! I can still see him… and he sweated a lot near the wood-burning oven!

Then he came to Napoli again with a BBC troupe to record an episode on the Neapolitan pizza of his In search of Perfection TV series: it was a unique experience for me to work for such an important broadcaster! From that moment on we met so many times around the world during some gastronomic congresses, then he returned to Naples with his staff  last year and he told me his idea to open a new restaurant at London’s airport. A place into which he would have imprinted his mark of “perfectionist” (so the name went out) and, where, a top quality pizza – actually two pizzas – couldn’t miss: pizza Enzo and pizza La Notizia.