The sun on a plate 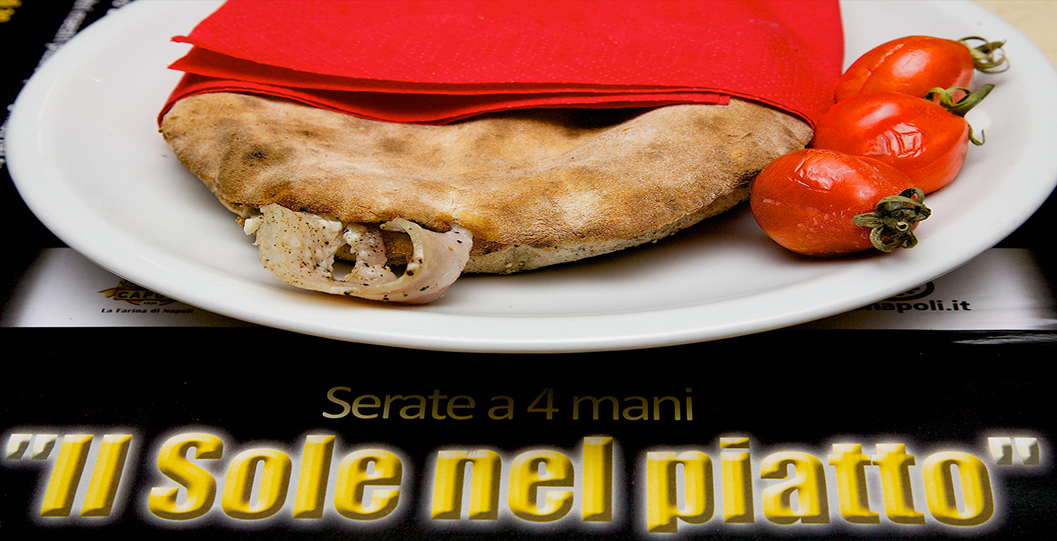 The sun on a plate

Radiant like the sun because in front of a pizza you laugh delightedly while chatting and spending time with your friends.

Democratic like the sun because the pizza makes everyone feel equal, it is the dish of the working class people and the royalty.

Golden like the sun because the authentic Neapolitan pizza must have a raised and golden crust, as the TSG disciplinary decrees.

Compared to the sun, for the vitality and warmth that instills from the first bite too, the Neapolitan pizza is the protagonist of the short-movie produced by Roberto Gambacorta for Rio Film and made by the film director Alfonso Postiglione. The “Sun on a plate”, a peculiar name full of meaning borrowed from the Neapolitan poet Salvatore di Giacomo, is a deep look into the history and the complex world of this undoubtedly gastronomic masterpiece. It is an accurate picture, tasty as well, outlined by the “Michelin” pizzaiolo Enzo Coccia, of the products and their manufacturers, pizza equipment and suppliers, which make this popular dish unique. Playing the double role of leading man and pilgrim, Enzo talks about himself and his career, from the beginning to now, and introduces his colleagues and friends to weave a net that holds in perfect unity all the single stages in the creation of the dough disc in the golden star shape.

Body of experiences and memories translated into moving images, giving directly voice to those who has been making this delicacy with masterly skills for generations and the gastronomic delight manufacturers that make the Neapolitan pizza absolutely perfect. Enzo interviews every single actor who speaks and acts going on for flashbacks and personal reflections, from Gino Sorbillo who presents his pizzeria menu as a long list of names, a tribute to his big family to Pepe brothers who confirm that it is hard to keep on making the dough by hand in the large wooden chest: a set of gestures repeated day after day and when, in the evening, they use up the fluffy mixture there are no tricks to devise. While Attilio Bachetti shows old menus of the time when his pizza was sold for few lire, the professor Mattozzi evokes the second postwar period characterized by the arrival of the Anglo-American troops and the movement of AM lire. The entire story is crossed by a medley of some popular songs that creates the perfect background for it. This real Neapolitan “sun” continues to be the common thread that lies between the stories of products and its manufacturers, from Caputo to Casa Barone, Barlotti and Le Tore, as well as equipment and suppliers, from Meripan to Stefano Ferrara: the globe-trotting artisan who builds wood-fired ovens everywhere, anywhere so long as he uses his own materials