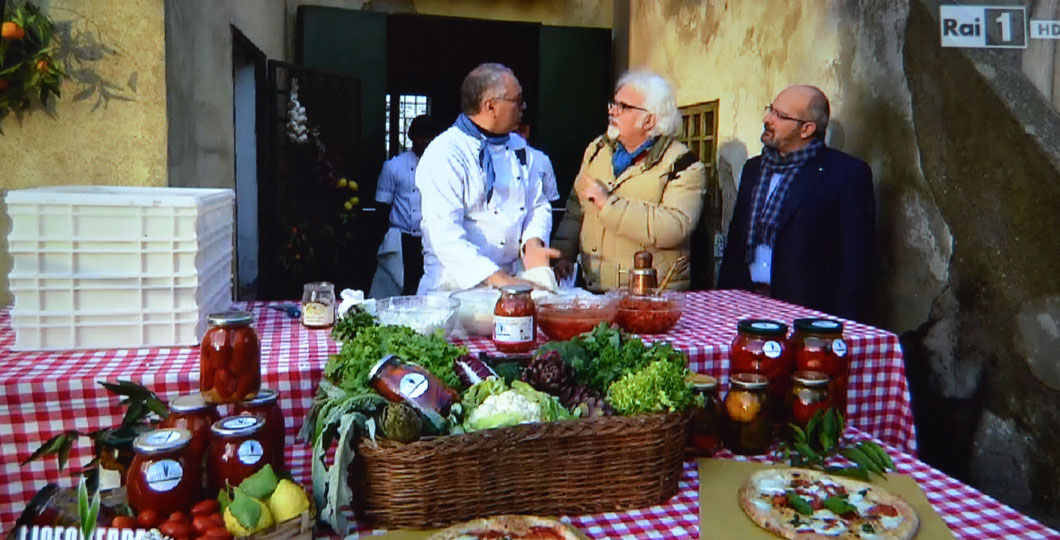 After nearly a year Linea Verde has visited the Campania region again. 365 days later, more or less, the popular Rai Uno TV program decided to direct the pointer once again on one of the most fertile land in the world, intensely mortified, though, by decades of corruption and shifted from being “felix” to be known to everyone as “Terra dei Fuochi” (Land of Fires).

Broadcasted on February 8, the episode was opened on Raffaele La Capria words and his idea of an ambiguity, peculiarity at the same time, which characterizes the soul of Naples, divided, as it is, between nature and history.

The nature, prosperous and abundant, hurt, many times, by the bad alliance between the organized crime and the political corruption, but some other, preserved and enhanced by the masterful actions of small private companies, and the history, marked by ancient traditions and many political, economic, social, cultural affairs, were the keystone of 52 minute-long video.

During Patrizio Roversi and Daniela Ferolla trip, the TV troupe stopped also at Royal Park of Capodimonte, King Charles III of Bourbon shooting ground and relaxation place. They could not chose a better place to experience more closely the double bond with nature and history of the regal site that, in the city center, with its 130 acres, is chosen by the Neapolitans as a privileged place to pause and relax.

The wide parcel of land wanted by the Bourbon king, shortly after he took the throne, is an enchanted place where the time seems to have stood still at 1734. The measures plan aims exactly at that time and will reactivate the activities that took place there and the buildings destined for them: from the porcelain and the pottery making art to flower-growing and, above all, the products that made this place a real farm. Citrus and some other fruits, such as pineapple, which, at that time, came from the Middle East, tomatoes, papacelle and other delicacies gradually occupy again the largest metropolitan park soils.

Some of these ingredients garnished Enzo Coccia’s pizzas which is not stranger to the restoration measures. As last November, the master pizzaiolo fired the oven where, according to contemporary accounts, the pizza margherita was baked for the first time.

Waiting for everything to be restored to its original splendor, the hope is that the heat of the ancient oven can continue to blow on other delicious creations.