Pizza and Pulcinella: I explain you why 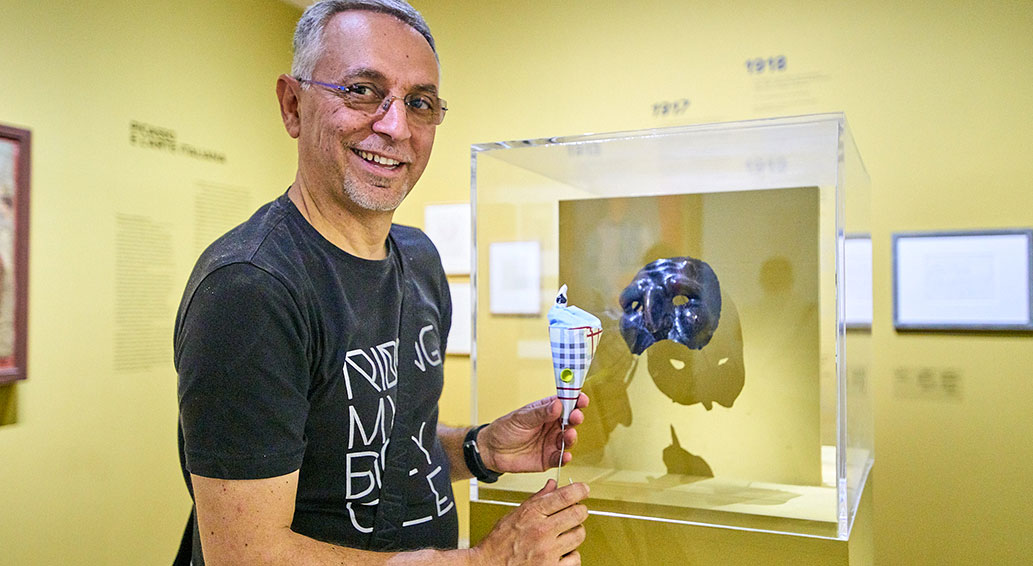 Pizza and Pulcinella: I explain you why

I have always wondered why Pulcinella is every time indissolubly linked to food. If we think about theater, cinema, painting, printing, literature or more simply the collective imagination, Pulcinella is continually represented with pizza or spaghetti.

The Pulcinella mask, as we know it today, was invented in the sixteenth century by theater actor Silvio Fiorillo, but his modern costume was conceived by another actor, Antonio Petito. Antonio Petito, born in Naples in 1822 and son of the actor Salvatore, was the one who, in the theatrical history from the mid-nineteenth century to present day, represented the Pulcinella mask in the best way.

On the origins of Pulcinella there are many hypotheses. The most accredited ones are two: there are those who make him derive from Pulcinello, a small chick with hooked nose, and those who affirm that he was a farmer named Puccio di Aniello from Acerra where, at present, there is also a museum dedicated to pulcinella.

Pulcinella’s hunger is a metaphor, it is a physiological hunger, a primordial hunger, a desperate hunger that the character incarnates almost always in his role as servant. A servant who loves to show himself as an “half-wit”, but he is actually smart, astute and selfish. Pulcinella’s greediness represents the misery of rural populations with atavistic hunger. In his complex personality, he teases the power by mocking, deriding and ridiculing his master with his movements.

In my research, I have found two written works in which Pulcinella was linked to the Neapolitan pizza already in 1765: it is the theatrical work “Pulcinella vendicato” by Francesco Cerlone that contains the list of an absurd feast made by Pulcinella: “pe soppontà lo stommaco: dicennove piatte de maccarune, de no rano l’uno, e dudece pizze de no tornese l’una” (to fill the stomach: nineteen maccheroni dishes for one grano each and twelve pizzas paid one tornese each – grano and tornese were the ancient coins); and in another comedy, written by the same author and entitled “Il vassallo fedele”, Pulcinella narrates about another feast “na pezzella co l’uoglio, arecheta e aglie de cinco rotola de pasta bruna” (a small pizza garnished with oil, oregano and garlic made with five dark dough rolls), describing a marinara without tomatoes.

The greatest playwright of the twentieth century, our fellow citizen Eduardo De Filippo, which was a well-known Pulcinella mask, wrote many comedies on this figure but the most interesting one is “Il figlio di Pulcinella” written in 1958. In the First Act, the curtains are open revealing the exterior of a classic Neapolitan pizzeria; then the action takes place indoors where various characters enter the scene, including Vincenzo the waiter, his friend Salvatore and Alfredo the driver which start off the script.

Today, in the global reality, Pulcinella eating the spaghetti with his hands has become an icon lacking all its meanings. In the world we live in, real and virtual, I miss Pulcinella and his substitutes who dream to fly over the city of Naples as in the movie Totò Sapore. But, above all, I feel the disappearance of all that represented this desecrating figure, for better or for worse.