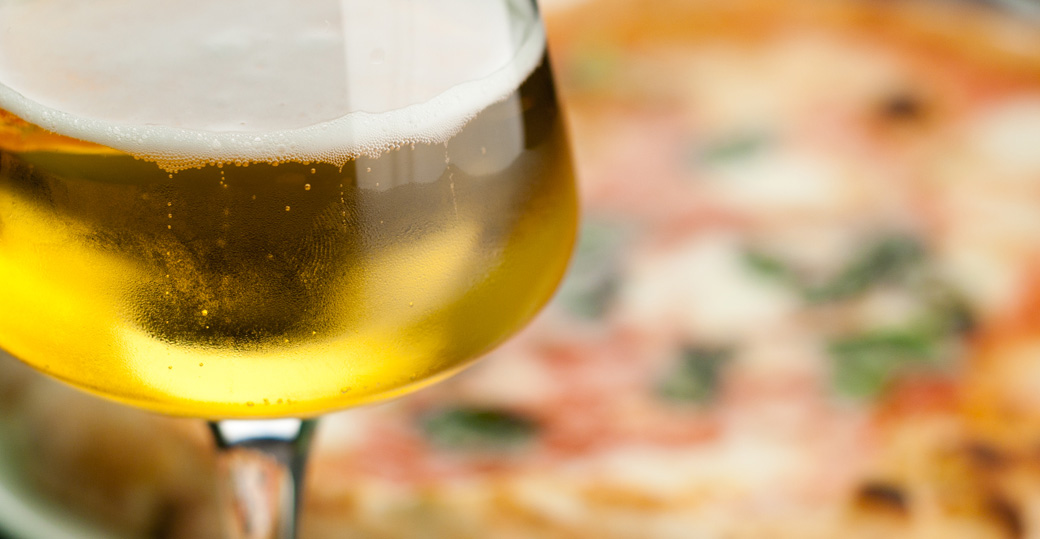 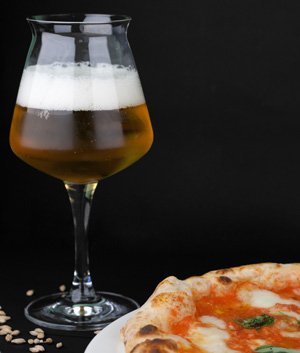 Let’s face it: the pizza deals with the tuxedo as the beer deals with the bow tie. Pizza and beer are perfect together, but it all depends on which pizza you eat and which beer you drink. There are the pizzas and there are the beers, this plural makes a big difference.
If about wine you can make talks full of technicalities and considerations almost philosophical, the beer, with its scents and its hints, certainly is no less so.

Without trying to look for the “aftertaste of wet meadow of the Cornwall’s north coast” in one of the world’s oldest fermented beverage sip, I will try to suggest some of the combinations that over the years, working in a pizzeria, I was able to achieve thanks to the more valuable help I could have had, the help of the customers.
Over time, with the guests (as I love to call them), discussing with them or just watching their faces of approval and disapproval, I grouped and tested the pairings that encountered fair acceptance. Among these, I have chosen a few that I want to show you and seem to enjoy so much to those who embrace my proposals.

The remarkable taste and the great elegance of an amber American IPA style leave their mark in the union with the pizza “Ciropedia”. The bitterness of the hop, which is the master, crosses the creaminess of ricotta and mozzarella, both of Bufala Campana DOP, and softens the intense flavor of finely chopped sausage, arugula and blue buffalo cheese that fill this calzone. I assure you that it is not only an aces pair, but you should see the faces that I see when they have this marriage before their eyes, pure ecstasy.

The unique freshness and the special lightness of a Weiss, on the other hand, go with those toppings that make you thirsty, as in the case of pizza “Baccalà in cassuola”. A beer that is reminiscent of summer and well suited to the dominant flavor of cod, capers, black olives from Gaeta, San Marzano tomatoes, basil and parsley.
Nothing could be more appropriate for the pizza with eggplants, mozzarella and caciocavallo, the choice of a Strong Ale, strong by name and by nature. Its abundance and its character know how to dominate the stickiness of dairy products.
The primal and scrumptious instinct of food discloses in a suspended moment that ends with a hypnotic smile as if you say “from here on, you can talk about everything, I can’t hear you”. And then a silent look of understanding between me and them gratifies my long and tiring evening.