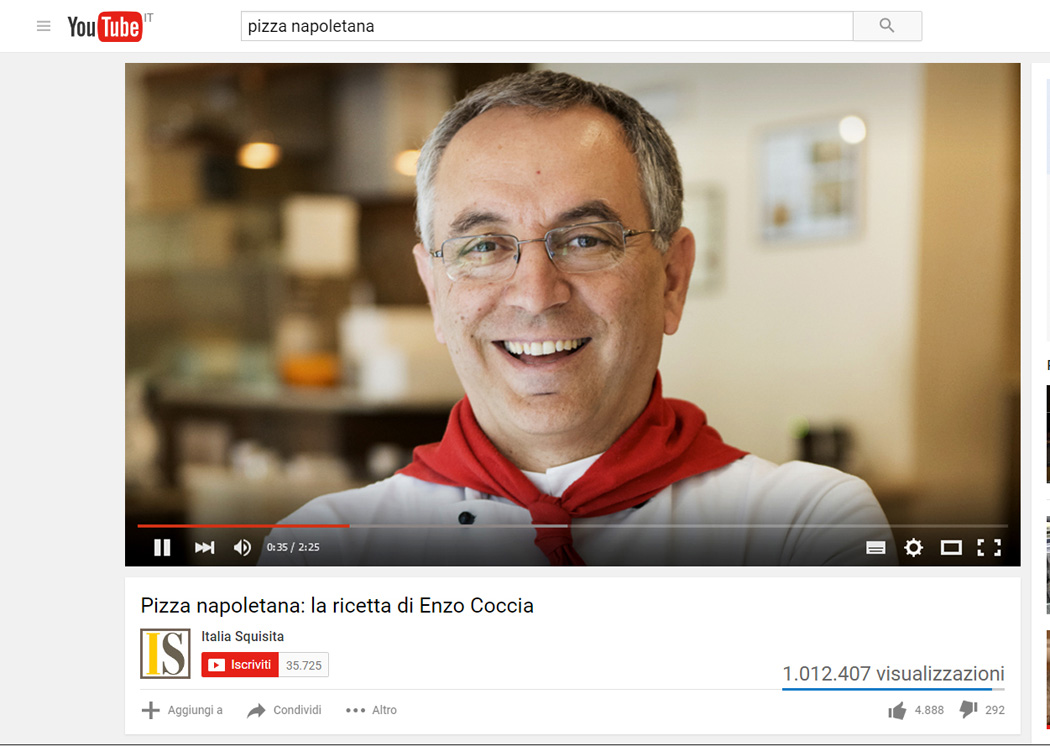 How did my video reach 1 million views on YouTube? That’s the question I’m asking myself from August 27 and I think I’ve found the answer. But let’s take a step back.

About three years ago, the creative staff of Italia Squisita (a network of Italy’s haute cuisine) asked me to illustrate in a video how to prepare the Neapolitan pizza. This video was then added to their YouTube channel with 36,000 subscribers. The same thing was proposed to other Neapolitan pizzaioli, my colleagues. I’d have never thought that my recipe on YouTube could be the first one in the world as soon as you type, in the search space, the term “Pizza Napoletana”. At first, I thought it was due to the Italia Squisita platform, then I thought the video was well shot, later with a bit of narcissism, I supposed it was my technical and concrete presentation. However, I realized that it was absolutely nothing of all this. The name and what the “Pizza Napoletana” represents in the world has immense strength in both the real life and virtual one. Yes, Pizza Napoletana, a brand identity, word used by marketing experts where the consumer, the user, in this case the video viewers, recognizes a global brand, a brand identity. The word pizza is a feminine noun while napoletana is an adjective; these two words together are a true brand like Coca Cola, Nike, Apple. If you google “Pizza Napoletana” you’ll find billions of pages and I understand that the desire to learn more and more about the Pizza Napoletana in the virtual world is reason of all this and I am and I’ll always be, view after view, a supporter which tells a story. As in the movie “Così parlò Bellavista” by Luciano De Crescenzo, the old man who wakes up and hears the word “nu milion” (one million) I’d add “nu milion e pizz ogni juorn”(one million of pizzas everyday).