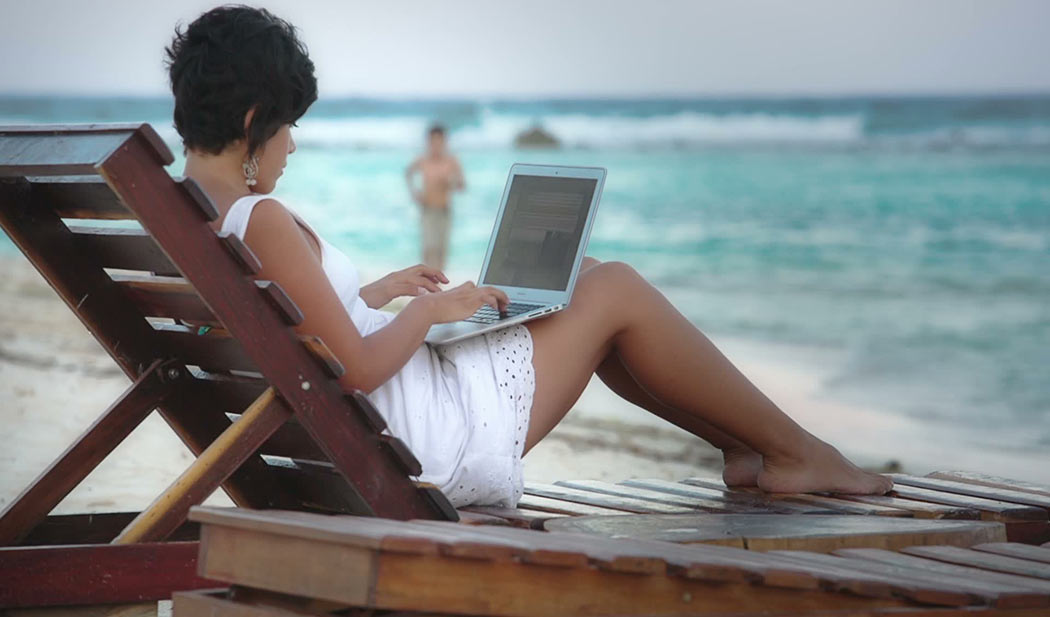 by Enzo Coccia
Until some time ago, the Italians before going on holiday chose wisely the activities that would have done during the days at sea. So, while the women opted for Harmony-style deep and heartbreaking love stories, the men, in cahoots with their neighbors, were busy with the completion of horizontal and vertical lines. The happy endings and the ladies’ books on one hand, Bartezzaghi or Brighenti’s crosswords and the rebus on the other lightened the load and gladdened the beach life, while having a look hither and thither at the sportsman or at the beautiful foreign girl and sipping a drink.
If creams, sunglasses and swimsuits went straight in the suitcase with the books and the puzzles magazine, with the arrival of smartphones and tablets the read and the game went behind a touch screen. The relaxation on the beach chairs was then catapulted into the virtual reality so as to incite our beautiful coast beaches to provide with wi-fi allowing the vacationers to stay, even on the shore, connected to Internet.
Creeping among selfies, posts, likes and tweets, online forms of recreation, from the beginning of the month, Il Mattino, to amuse and entertain the swimmers, has launched a new summer game: the Neapolitan pizza Championship. Asked to vote on the Neapolitan newspaper’s Facebook page, between a dive and some swim strokes, the internet users will determine which pizzeria, of the 80 of the contest, they prefer. It is a challenge of “Likes” and comments that does not relate at all, as it has been repeatedly pointed out, to the quality of the pizza itself, but, rather, the entourage that those places have on the social media.
A great idea has had Luciano Pignataro, journalist for Mattino, that attracted the attention not only of its readers, but also of many users, customers and, especially, restaurateurs. And, as it happens in every competition, there have been some controversies on the tournament rules probably raised by those who, evidently, taking it and themselves too seriously did not get the sense of the game. There is no point to get excited and agitated for a pastime. The risk linked to the fervor aroused by the initiative is, however, to confuse a simple fun with the World Cup, which, alas, ended badly for Italy.
Lay yourselves down and dream the pizzas that you can taste again, unfortunately, only in September because the truth is: the best way to enjoy a pizza is tasting it and as a wise beaten said “the consensus is spotted day after day with the customers”.
Dear pizzeria owners don’t feel sorry about your elimination from the tournament because in the end the winner will realize that the podium do not give more than a meager consolation, he will “WIN NOTHING”, beyond the pleasure of having played with friends, customers, competitors and having spent carefree summertime.