Is the water of Naples the Pulcinella’s secret for Neapolitan pizza? 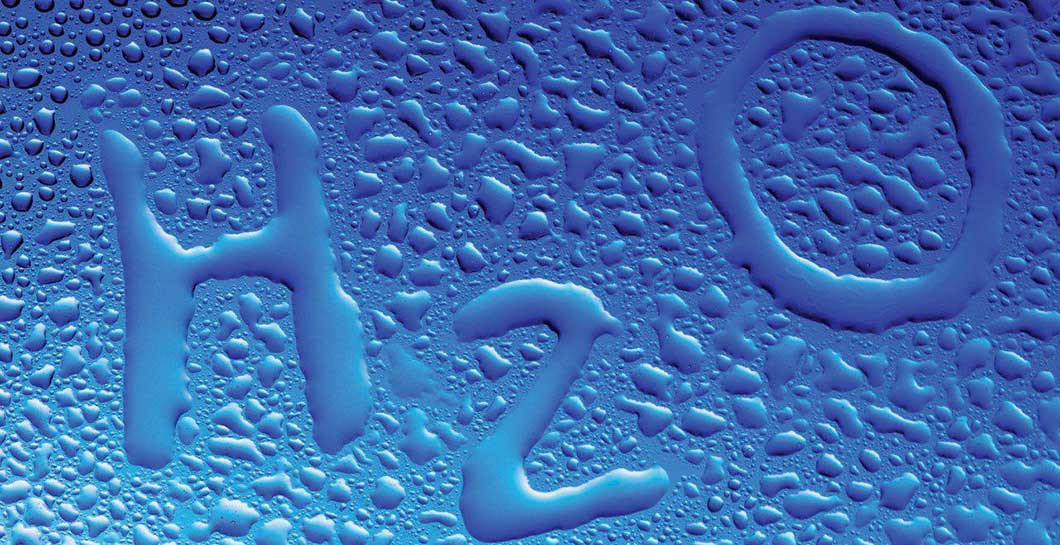 Is the water of Naples the Pulcinella’s secret for Neapolitan pizza?

For many years I have heard from customers, suppliers, workers, emigrants that the pizza in Naples is better than anywhere else in the world for the water used in preparing the pizza dough. It is not true!!!

To debunk this unfounded belief, first of all, we should think about the function that the compound with the formula H2O plays into the mixture that delights the palates all around the world.

Water is a key ingredient in the formation of the pizza dough. Adding the water, generally in an amount of 55 – 60% compared to the weight of the flour, promotes the hydration of all the molecules which have a strong affinity for this solvent. Besides hydrating the macro-molecular elements, it enables the gluten development, regulates the enzymatic activities, is an essential means for the yeast life, hydrates the starch granules during the baking allowing the gelatinization and exerts an important solvent effect for some ingredients such as the glucose, the sucrose, the salt.

In the past the much acclaimed water of Naples originated from several rivers, some of them were underground rivers, some other were navigable rivers as the Sebeto which, coming down from Mount Somma, flowed in the eastern area of the city. In the late Middle Ages, the urban development started to reduce this legendary stream until it totally disappeared at the beginning of the 20th century. Since 1885, however, for the second time after the Romans, the water started to be drawn from Serino spring, in Irpinia, from which comes much of the water supply in Naples. Although the water that flows from the taps of Neapolitan houses was, some time ago, under inquiry, the Abc, the municipal water company, and the Asl, the local health authority, ensure that reflects the parameters of potability imposed by law.

Being potable is, in fact, the first condition for the water used for making the dough, it must have specific organoleptic, chemical and microbiological standards (according to the guidelines set by the World Health Organization): it must not possess unusual or unpleasant taste and any odor both cold and at 60°C, it must be clear and colorless (organoleptic requirements), it must be completely free from different types of pathogens (microbiological standards).

The water used for making the dough is classified according to the hardness which is measured in French degrees. The mineral salts, especially calcium and magnesium, dissolved in it interact with the proteins. For making pizzas, the soft water (up to 5 French degrees) produces a sticky dough, while the use of very hard water (more than 20 French degrees) causes poor gas production, limits the yeast activity, creates a tougher gluten network requiring a longer time to rise. Moreover, an excess of mineral salts can give sensory problems to the final product.

An important parameter to take into account is the water temperature that affects the dough temperature which must be 21 ± 3°C not to interfere with the yeast activity. Furthermore, it should be studied the pH which is a measure of how acidic/basic water. The range goes from 0 – 14, with 7 being neutral. A pH of less than 7 indicate acidity, whereas a pH of greater than 7 indicates a base. For the Neapolitan pizza it would be better a neutral pH, but, as shown below, the analysis indicate a basic water.

During my experience as a consultant abroad, only twice I had problems with the water: in Palestine, where the water is non-potable, and in Canada, specifically in Calgary, where, since the values of magnesium and calcium are below the limits mentioned, I was compelled to use some corrective actions on the parameters.

If we compare the water quality of Naples with that of Milan and New York, as you can see from the summary tables below, the values of hardness, calcium and magnesium are very similar, so there isn’t any essential difference. 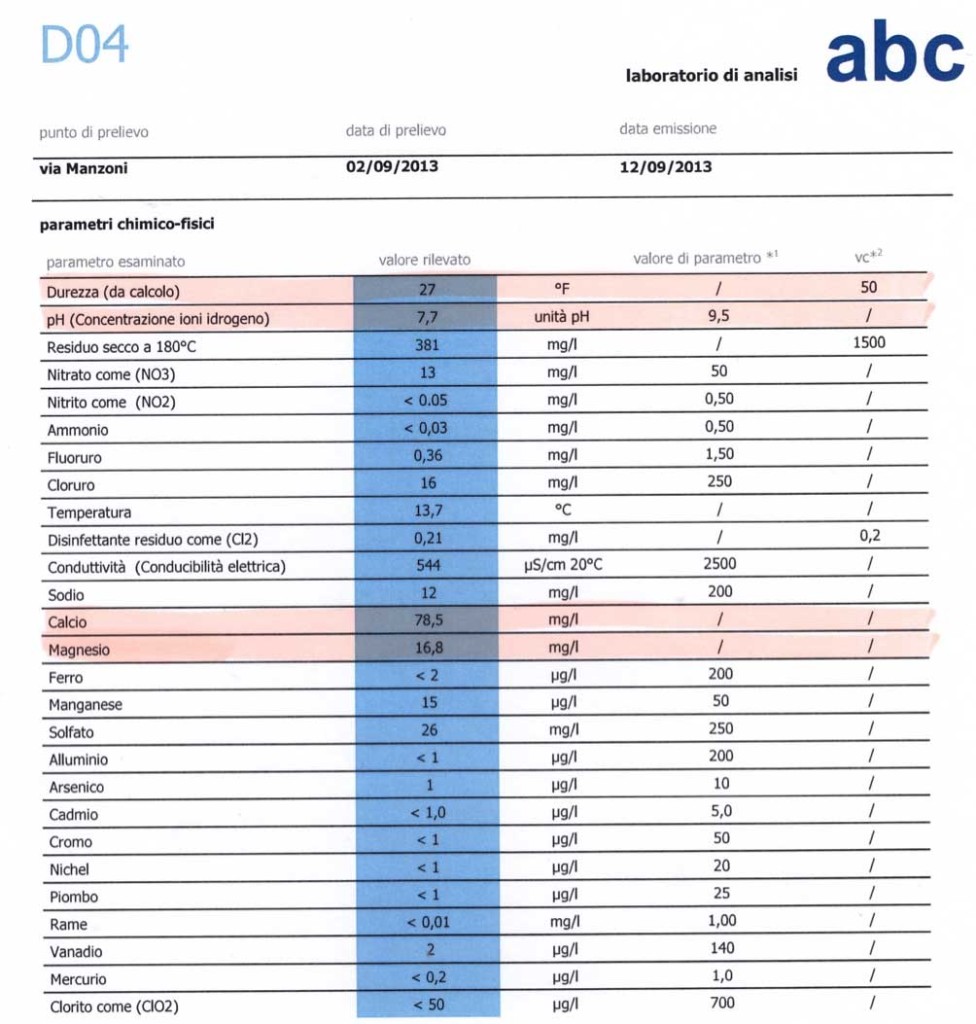 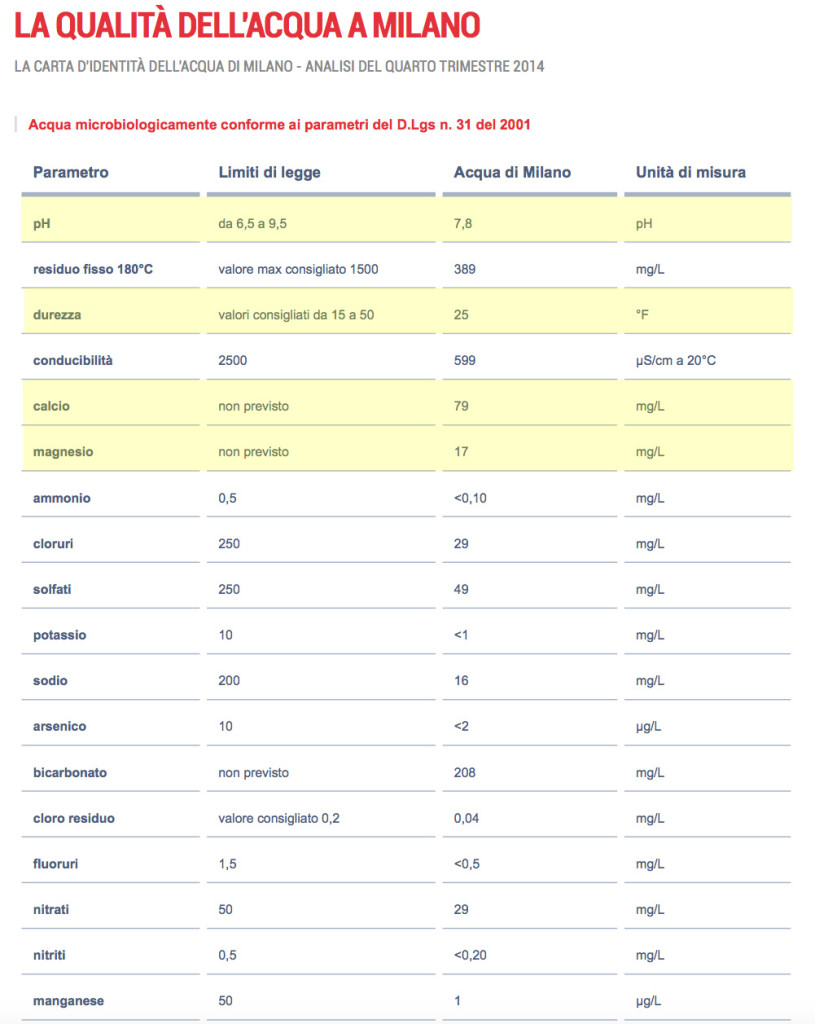 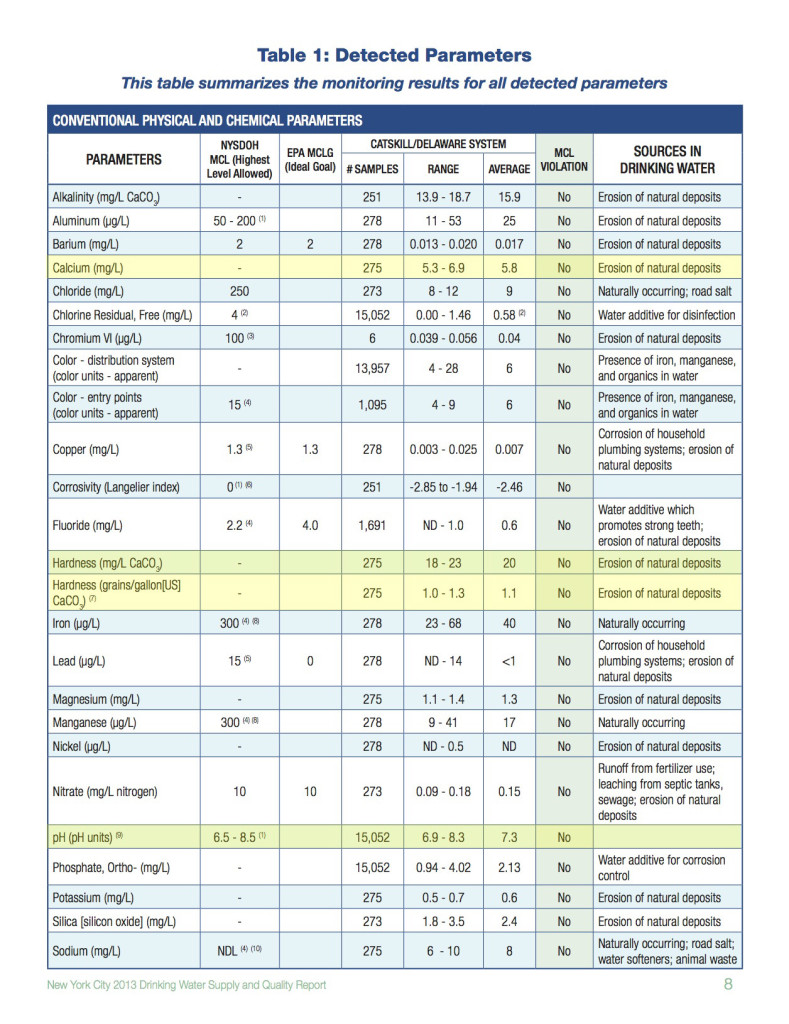 So what is the secret of Neapolitan pizza? It is certainly not the water, but scientific knowledge, technique, practice and a pinch of love make it unique.