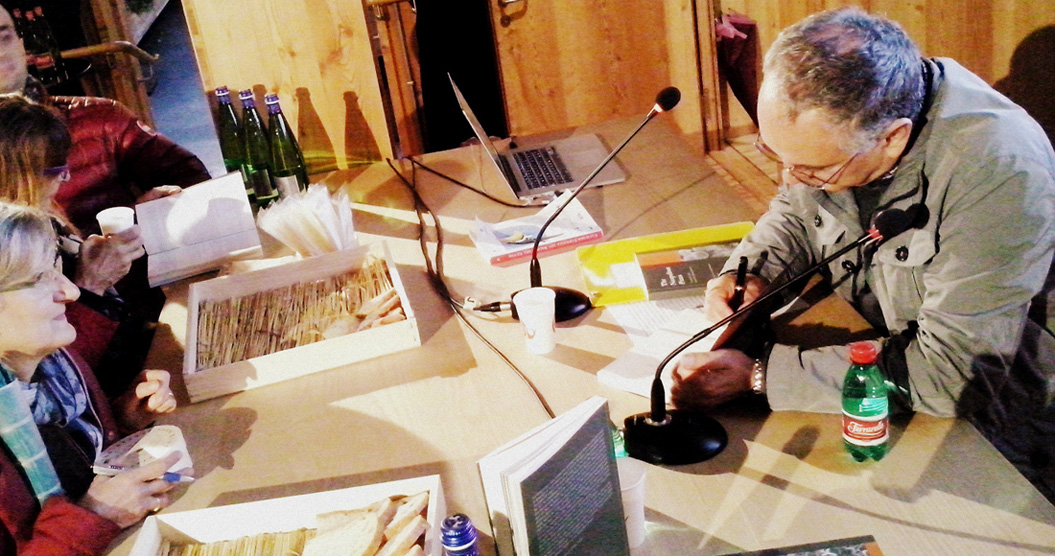 Although the weather outside of the Slow Food Theater in the heart of Expo 2015 last October 13 th in Milan was cool and rainy, Enzo Coccia instantly warmed up the small arena as he presented his latest book, The Neapolitan Pizza, in English to an enthusiastic audience. The book, released earlier this year in Italian, is the first of its kind.

It is an in-depth scientific study of Neapolitan pizza making which took 2 years to complete alongside Professor Paolo Masi, Department of Agriculture Head, and PhD Annalisa Romano, from CAISIAL (Centre of Food Innovation and Development in the Food Industry).

The English version of his book is a new adventure for Coccia which will serve to enrich an international community which he has built by training pizza makers and opening pizzerias worldwide for 15 years.

Coccia began with a brief description of the book’s contents.  He then focused on the importance of the basic ingredients: water, yeast, salt, and of course, time.  He spoke extensively about the importance of quality products and the need to protect them.

Products such as San Marzano tomatoes, which although a PDO product, has unfortunately been marketed around the world with tomatoes produced from places as far as China and being sold in the United States as made in Italy.

Products such as fior di latte, a cheese that is also permitted on Neapolitan pizza, but unfortunately, unlike mozzarella di bufala PDO (protected designation of origin), has not received any type of classification to protect the cheese of its geographically origins or the consumer of the guarantee of where the product comes from.

Coccia felt out the crowd and realized that many were unfamiliar with the specifics of Neapolitan pizza.  So he involved the crowd in his discussion on leavening and cooking times.

I joined Coccia onstage and spoke briefly about the book’s trouble shooting guide, which comes complete with photos, possible reasons why a particular defect may occur, and changes to consider during the production process.

The Neapolitan Pizza is available online in Italian and English by publisher Doppiavoce Edizione.