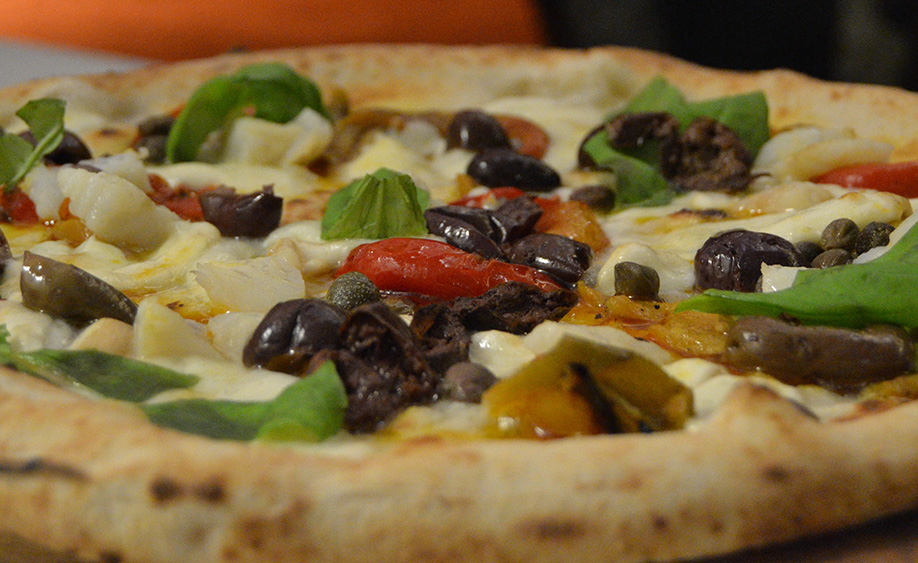 To reinforce and make the Christmas Eve dinner more substantial with a light menu based on spaghetti with clams and boiled fish, people prepared a salad with steamed cauliflower, sweet or spicy peppers (called papaccelle in Naples), and salt anchovies.

Over the years, this custom has become a real tradition and there is no home in Naples where Christmas Eve is not celebrated with insalata di rinforzo that represents the appetizer.

A basic ingredient to make the insalata di rinforzo is the papaccella. Papaccella is a characteristic type of pepper, with a globose shape and a sweet taste, which is grown in the Campania region and preserved in vinegar or in brine. The pepper, native to the Americas and imported to Europe by the Spanish after the discovery of Christopher Columbus, arrived in Naples in the mid of the XVIII century. Vincenzo   Corrado,  Italian chef, philosopher and writer, in his Cibo pitagorico ovvero erbaceo written in 1781 conveyed a tasty recipe “rotolati fu dei carboni accesi i peperoli si puliscono dalle pelli e dai semi e si soffriggono in olio aglio e pretosemolo” (rolled over the glowing charcoal, the peppers are peeled, deseeded and sautéeed with oil, garlic and parsley).

In addition to the traditional recipe, there are several insalata di rinforzo variations: one of them involves the addition of boiled salted codfish, called mussillo by the Neapolitans, that is the dorsal side of the codfish, the one from which it is obtained a delicious fish fillet ready to be deep-fried or seasoned.

On my white pizza I’ve removed the cauliflower by replacing it with the mozzarella cheese, I’ve roasted the papaccelle and added the black olives, the capers and, obviously, the codfish.

I know, it is not Christmas yet but I like to wait for it with the pizza rinforzo!