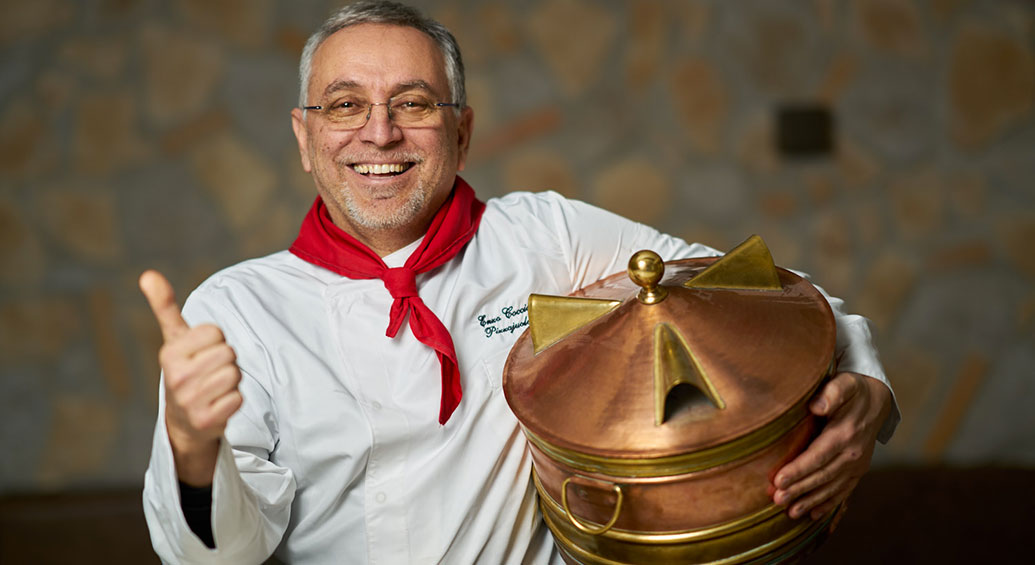 After my recent appointment as member of the Technical Coordination Committee for the Year of Italian Food 2018 by Mibact, this is the first international event I take part in. There’s so much joy and emotion also.

I am back in the USA after 4 months, but the destination, this time, is Las Vegas: the largest city in the state of Nevada, often described as the city of perdition with the biggest casino in the world and a place where excess is  the rule.

Las Vegas is the city that never sleeps, but, in this city, the world’s biggest exhibitions and events are organized in many product sectors annually.

I am going to be involved in two important commitments: Pizza Expo 2018 and Caesars Palace.

As you surely know, Pizza Expo in Las Vegas is the world’s largest pizza show which happens in a space of 50,000 square feet every year. Four days, from March 19 to 22, to gather all the pizzeria operators and the international press.

I remember the first time I went there with some Neapolitan pizzaioli, it was about 16 years ago. We were shocked by the event’s offer: frozen pizzas, frozen loaves, tomato in tubes as if it was toothpaste, cylinders of stringy cheese. In short, it was the kingdom of junk food ruled by the largest multinational corporations in the field. We realized that the Americans did not know the true Neapolitan pizza at all, nor the quality of the ingredients, nor the tradition, nor its history. Now the situation has totally changed, the pizza world has understood the tastiness and the value of our typical product, its origins and its difficult preparation technique.

This year, in effect, I will not prepare the classic baked pizzas but I will let people know and taste my deep-fried pizzas and my montanarine. The deep-fried pizza is a real innovation for Pizza Expo where I hope people can appreciate a product that is the symbol of the Neapolitan gastronomy, unknown for too long, but today it is rediscovering its value, especially cultural.

But my tasks don’t end here. On March 20 and 21, I’m going to be committed at Caesars Palace, Las Vegas’ huge hotel casino with 3.349 rooms divided in 5 towers. There is really to get lost!

In particular, on March 20 I am going to hold a masterclass dedicated to the chefs and pizzaiuoli from Caesars Palace, while on March 21 I am going to be engaged in a dinner for the hotel’s managers, some politicians, some Italian politicians too, and the specialized press. And also the Italian Consul Antonio Verde, which I met during my last trip to Los Angeles, has been invited to the dinner.

I am returning to the United States to bring my favorite acronym: ITT, Identity, Tradition and Territory, values which are really dear to me and I hope to be able to express them as best as I can, especially now, as representative of the Year of Italian Food 2018 and also of the Art of the Neapolitan pizzaiuolo, UNESCO world heritage.

There is a famous saying in Nevada: “what happens in Las Vegas, stays in Las Vegas”. But this time, I’d like to think that it will not be so.