I copied the recipe! 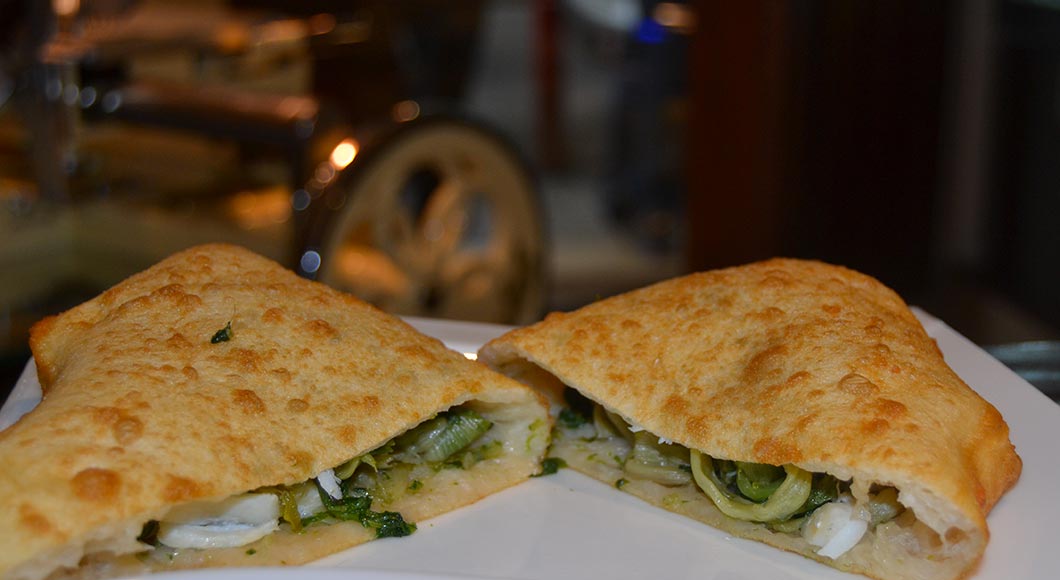 I copied the recipe!

Yes, me, Enzo Coccia, too, I copied the recipe! And I don’t feel ashamed to admit that I do!

In the era of copyright that has to be protected at all costs, the war between chefs who post photos on Facebook to prove the authorship of a dish, today, that we must necessarily be original, I need to confess it: I copied. And here is the corpus delicti (body of the crime): Pasticcio de pesce (fish pie) from Ippolito Cavalcanti’s cookbook “Cucina teorico-pratica” (Theoretical and practical cooking) published in 1837.

And so, I made the “Pizza fritta con il baccalà” (deep-fried pizza with salted-codfish) that you could taste in my new pizza place ‘O sfizio d’’a Notizia (address: via Michelangelo da Caravaggio 49/51). It is filled with salted-codfish, escarole, black olives from Gaeta, pine-nuts and raisins.

Dear Ippolito, I did not like, however, to reproduce exactly your recipe, so I added two little variants: I replaced the boiled fish with the salted-codfish and I decided to deep fry the pizza rather than to cook it in the oven. Because– let’s face it – there are many ways to imitate. Even the most talented, original and creative people paid their dues working in the small shops of cleverest man and stealing their thunder. It’s life! Michelangelo Buonarroti, apprenticed to Ghirlandaio (today he is an artist almost ignored by the mass), did so as well as Beethoven which was influenced by Haydn and Mozart, without forgetting the famous Isaac Newton expression “If I have seen further than other, it is by standing upon the shoulders of giants”.

We are not isolated bodies under a glass bell, we live in communities and the inspiration to each of us is, inevitably, influenced by the books we read, the people we meet, the historical and cultural moment in which we live. We are all overwhelmed by this wave and everyone, some people more than the others, copy or is copied in turn, is disciple or mentor.

As for my part, Naples and its ancient, but still actual, culinary tradition are my only source of inspiration.