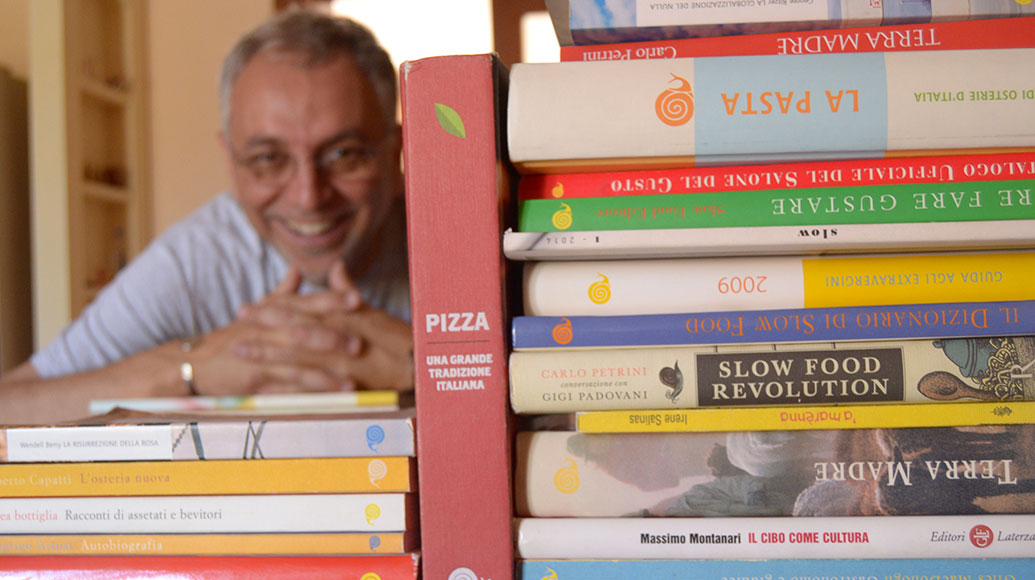 by Enzo Coccia
If I were to indicate a man who has changed the way in which most of humankind think about food over the last 30 years, I would have no doubt. That man is Carlin Petrinifather of Slow Food.
I had the pleasure of knowing Carlin personally about 25 years ago and, since then, for me, he has been a master, a mentor who has led me step by step through a path to understand the values of food!
Yes, the values, not the value, of the food. I intentionally use the plural because the food keeps several meanings, true, old and sincere, which are the very bases of humanity. Food should be analyzed with a traditional and anthropological approach, but also from a sociological and identity point of view. Not forgetting the concept of sustainability linked to it, the biodiversity conservation as an element to protect the environment, the future of the Earth where we live.
Not only. Food is also respect for the farmers’ knowledge which is the true knowledge of man and ourselves. To these things, we should add the importance of eating together, sharing the food, the conviviality linked to it, which are undoubtedly other values I learned from Carlin Petrini.
Honestly, I believe that the only real revolutionary of the last 30 years was really him because Slow Food represents the revolution, not of the food itself, but of people’s freedom and happiness against a globalized and empty world.
In the Renaissance, the words of the Revolution were ethical and aesthetic, which were then recalled by many philosophers in the 1900s. Today, the motto is “good, clean and fair”, intended to have a long-lasting meaning for the future of humankind. Happy birthday, my friend!