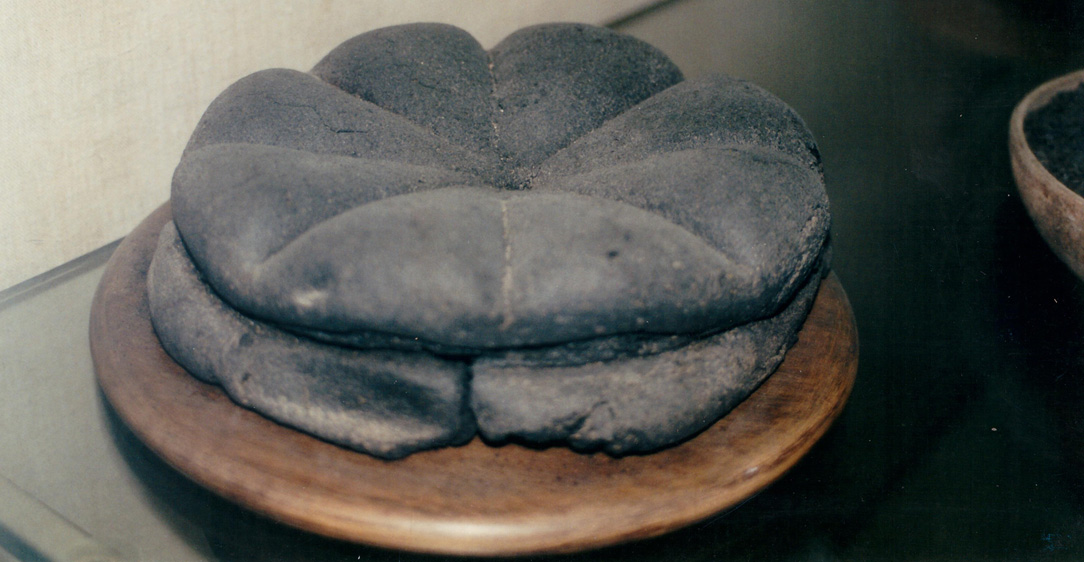 The Bread in its more or less flattened variants and with the addition of different toppings, the main one among them the tomato spread throughout Europe only at the end of the 16th century, becomes more and more similar and close to the Pizza that nowadays we are used to know and enjoy.

Overall, this precious aliment, considered by Massimo Montanari as the most beautiful invention of the Human Beings, including all its flat-shaped variants as well, comes from the Mediterranean area and has always been made using the home ovens as the ancient bread container whose spread, studied in this degree thesis, demonstrates the cultural changes, the domination of peoples and the tendencies that followed one another in the Middle Ages which, in turn, led to many variations in the popularity of this food. 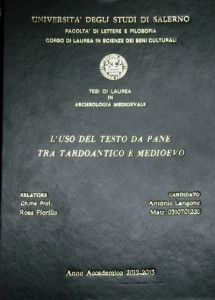 Specifically, the bread container was made of clay or stone and was used for baking the bread in shapes that, particularly, are nearly the same from North to South of the Italian Peninsula. It is a hemispherical or wide-opened truncated container, with horizontal grooves on its outer surface, small holes for allowing the hot air to escape, a large slat along the intermediate circumference, and different types of handles on its top. Excluding some containers, in a round shape, shallow and with a flat bottom, found in Rome and Naples, for which the function as bread container can be only presumed.

The bread container marks a crucial step in the evolution of nutrition in medieval times as it expresses the strong need to avoid the impositions of powerful figures using this tool that, with the household grinding stones, allowed a certain family autonomy and it is the precursor of today’s home oven. It geographically marks the strong antagonism between the classical culture that was still alive and the succeeding culture of the Northern peoples better inclined to the use of foods of animal origin. However, its main product, or rather the bread, became, in the Mediterranean area, the aliment that bore countless cultural, ethnic and religious values. Just think about the social significance of the bread as a symbol of sharing.

The bread, which smells and reflects all these aspects, finds, in the Neapolitan people’s hands, the means and the way to release all its values, like being humble food on the poor’s tables, food load of joy and triumph of colors, food to share and hold within the hands in medieval manners, expression of the classical world’s firm conviction that the trio bread-oil-wine is supreme.

From this development comes the pizza that is an exquisite dish to garnish, an endless treasure, rich of history and indescribable flavors. A special thanks to the Master and friend Enzo Coccia for his valuable suggestions and the encouragement to start and complete this work of study he always considered fundamental and necessary for those who, these days, really want to have access to the complex world of Pizza.