Between trends and countertrends, uniformity and the shift to typicality 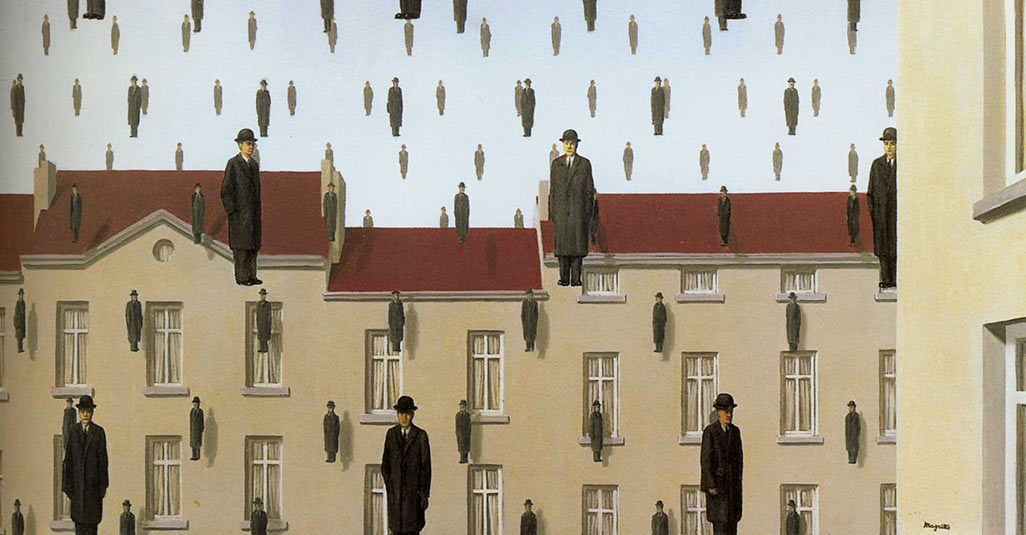 Between trends and countertrends, uniformity and the shift to typicality

by Enzo Coccia
Monday evening, my day off, I try to get the most from it relaxing and spending time with my family. This time, seated on the sofa with my wife, I watched a movie from a few years ago.
The terminal, its title, for those who have never watched it, is inspired by the true, and very singular, life-story of an Iranian refugee , Mehran Karimi Nasseri, who was forced to live for about eighteen years in Charles de Gaulle airport because he didn’t have his passport. Relegated to the “zone d’attente” where travelers without ID card stay, he had to redefine his identity in a place which, in fact, causes the loss.
Airports, railroad stations, supermarkets, hotels, fast food restaurants, shopping malls, theme parks: Marc Augé identifies them as non-lieux, we call them non-places. Non-historical, non-relational, and not concerned with identity, in short, the apotheosis of negation. Spaces where we spend most of our hours in total anonymity to be reduced to the number of our identity or credit cards. We are surrounded by non-places and this makes me think about how, as regarding to food, following the latest trends, standardization is becoming the only measurement unit. 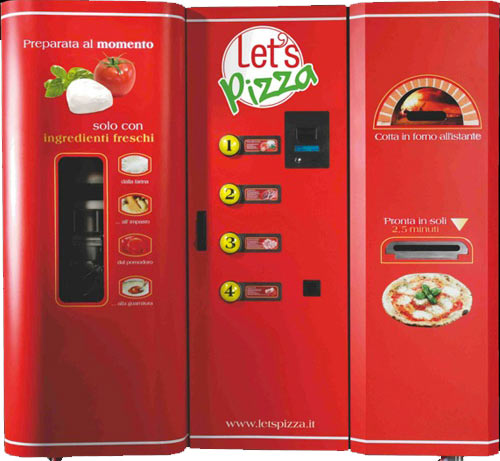 What do you think of those machines that, with a few euros, take a steamy plate of spaghetti or a second course accompanied by a side of vegetables out? And what about those that offer pseudo-coffee, cappuccinos and other drinks? But I met an authentic “MONSTER” last year. I was on holiday in Rimini and from a distance I saw “him”, huge, fire-red (maybe, he wanted to recall the oven flames?), with around ten to twenty people queuing, a vending machine that can knead, shape, stuff and cook a dough disc. Two minutes and a half et voilà a beautiful margherita.
What humiliation! The pizza, with its deep historical and socio-cultural roots, the mirror of the territory, a complete handmade produced, with tradition in all its bubbles, taken away from the pizzaiuolo workshop and locked in a big box like an American style jumbo fridge of which even the name is not Italian: Let’s pizza.
Made in series, all identical, perfectly rounded shaped, with the same amount of ingredients, and even an identical color of the crust. I would call them non-pizzas. I wonder what happened to the artisan dexterity, the combination of gestures handed down from father to son that enchant the beholder, to the fact of being greeted by the patron, the meeting around a table, talking and sharing our experiences?
More and more often we eat and, especially, the young overeat the so-called junk food; in rhythm of Big Macs and marketing, obesity has been steadily increasing. Overweight and fast food walking hand in hand, it was revealed by a recent research published in the Bulletin of the World Health Organization. Not only the number of obese people increased, but it was also shown that the frequent request of fast food items is a consequence of the growing geographical spread of these forms of eating.
Thankfully there are still healthy meals, eaten in places and served by men, I hope that in the following years more and more people go against the grain because everything else is Nothing…