Acting with Giancarlo Giannini, what a thrill! 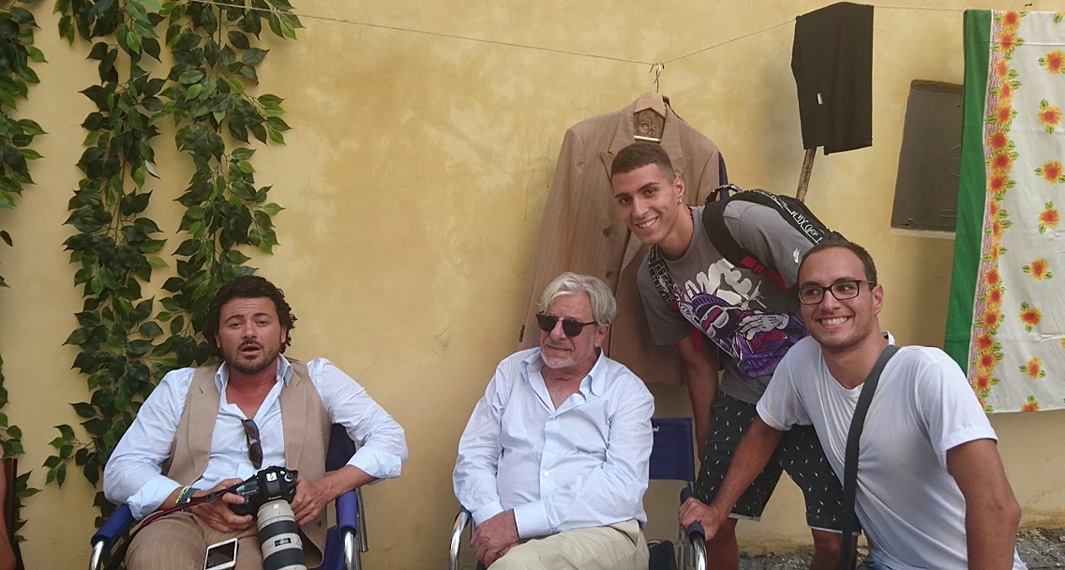 Acting with Giancarlo Giannini, what a thrill!

Several months ago, Caruso, a company known worldwide for its great quality men’s clothing (headquarters in Soragna, in the province of Parma) contacted me for a meeting. And so, I met Umberto Angeloni, President and Ceo of Caruso who offered me to shoot the third chapter of “The Good Italian”, a brilliant marketing operation which has the actor Giancarlo Giannini as a testimonial.

Yes, exactly him: the celebrated Italian these who, despite being famous, does not act like a star, the performer who won many awards (David di Donatello, Nastri d’argento, Golden Globe and a best actor Oscar nomination for the movie Pasqualino sette bellezze, “Seven Beauties”), the voice of the most excellent American actors, the dubber most loved by Italians. The art direction of the advertisement was made under Adriano De Santis, Director of Centro Sperimentale di Cinematografia in Rome, the best of the best, a hotbed for talented directors as, for example, Gabriele Muccino.

In my professional life, it is not the first time in front of a video camera: I performed in short TV commercials, food shows, including also important collaborations as the one with the BBC, but my participation in a film set of greatest significance like this one was a unique and unparalleled experience: it is amazing and magical to work with many cinema workers (directors of photography, set designers, costume designers and many others).

My legs still shudder at the mere thought of it!!! I remember my dry mouth for the anxiety and the few lines I had to recite which barely came out from my mouth! And yet, on set I acted myself: Enzo Coccia who is making the deep-fried pizzas! It is my job, I’ve been working as a pizzaiolo for ages, it is what I do more naturally, but when I met Giancarlo Giannini and the big Italian tenor Vittorio Grigolo I was clumsy, every movement weighed hundreds of kilos! For a moment I’d have liked to be in my son Marco’s shoes, mere walk-on actor, exempt from the film lines. Now, I can’t tell you more than that! If you want to imagine what is the life on a big film set, the one I experienced for a day, have a look at the photo of my sons Marco e Andrea with Giannini and Grigolo or you could watch the previous advert “The Good Italian II” while awaiting the new one…